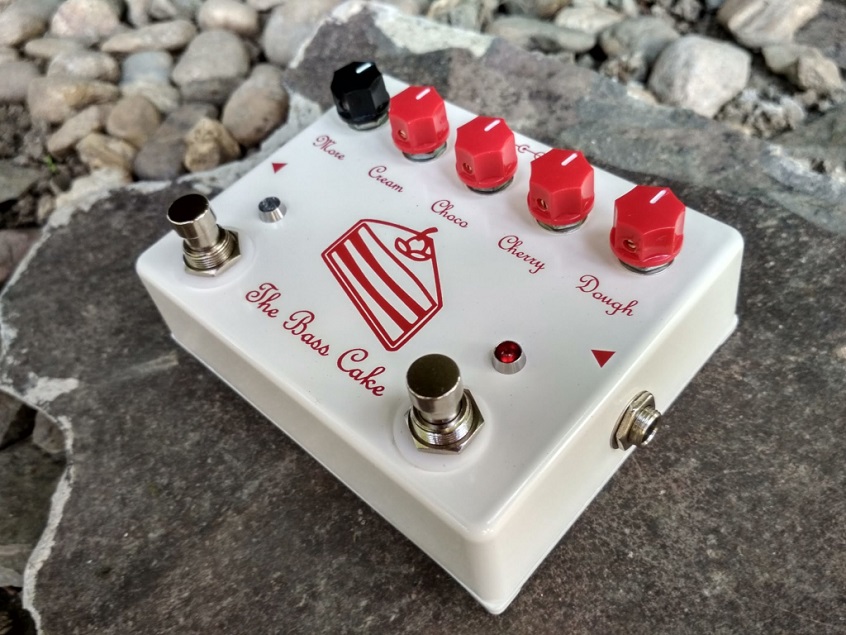 I have created a PCB layout and also built my Xotic AC Booster clone quite a while ago when I suddenly needed it and learned to appreciate its sound and capabilites. I was looking for an OD for bass. I knew the Xotic BB Preamp had a bass version, but I never saw its schematic (btw.: if you happen to have it I’d be infintely grateful if you could share it with me ;) ). So I thought why not trying it with the bass – and so I did. It wasn’t really bad, but wasn’t that great either. It was too saturated, too muddy and too solid. I needed something more airy, transparent and less gainy. And then I remembered the AC Booster. I tried it and it was just the right thing. The only modification I did was to add a larger gain pot to increase a bit the amount of drive. As you might have learned already on this blog I have an absurd love for double pedals: OD combined with a good booster. So on I went for a matching booster circuit. I tried quite a few and finally I settled with the Demeter Fat Control. So the effect chain was Fat Control -> AC Booster. I named the resulting pedal Piece’O’Cake, because dialing in the right sound is now really easy no matter if you use a guitar or a bass. The OD is nicely transparent on its own while the booster pushes the mid and upper mid ranges while it also increases the drive.

Let’s start with the OD side. A fairly standard double opamp circuit with input and output buffers that are discrete transistor stages. The first opamp stage does the eventual distortion of the sound. The second one is a bit more unusual: an active Baxandall tone stack. I love this tone stack, it works in a nice wide and overall useable range. I believe that this tone stack is one of the most important reasons that make this effect to work so well with both guitars and basses. I have replaced the original’s 500kOhm gain pot with a 1MOhm pot. It increases the gain just enough. You can change the amount and quality of the distortion also by using different diode arrangements. In my experience LEDs sound quite nice, one could replace D2 and D3 witha single LED. This would probably lower the overall drive, but I guess it would give you a nice airy, more open sound. But I might be wrong as well, anyhow something that could be experimented with :) It is worth to note that the very same circuit can be modded easily for an RC Booster. Here are the differences:
C3 = 47nF
C4 = 1uF non-polarized
C6 = omit
R8 = 22k
R10 = jumper
Gain = 250k
Clipping-Diodes = this is a bit more tricky. The RC Booster has three 1N4148s in both directions (so 6 in total). With some knack and creativity one might be able to put those in the pads existing on the AC Booster layout. Or you can try to substitute them simply with two LEDs. That should give a similar sound with a smaller footprint. 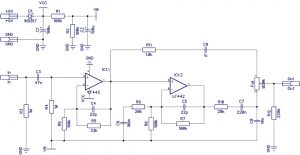 The boost side is a bit more simple, though not really simple in terms of boosters (think of the LPB1 or the SHO…) Again a dual opamp circuit, where the first half forms a buffer, while the second one does the boosting. At the end there is a mixer pot that mixes the only buffered signal with tthe buffered and boosted signal. Even if you turn the Fat pot to the buffer side you get a different sound as the buffer does not have a flat frequency response. The original calls for an LF442 that is hard to source where I live, so I built mine with LM358 with great success. I encourage you to experiment with different opamp types.

You can find the documentation for both effects (AC Booster, Fat Control) under the Projects menu.