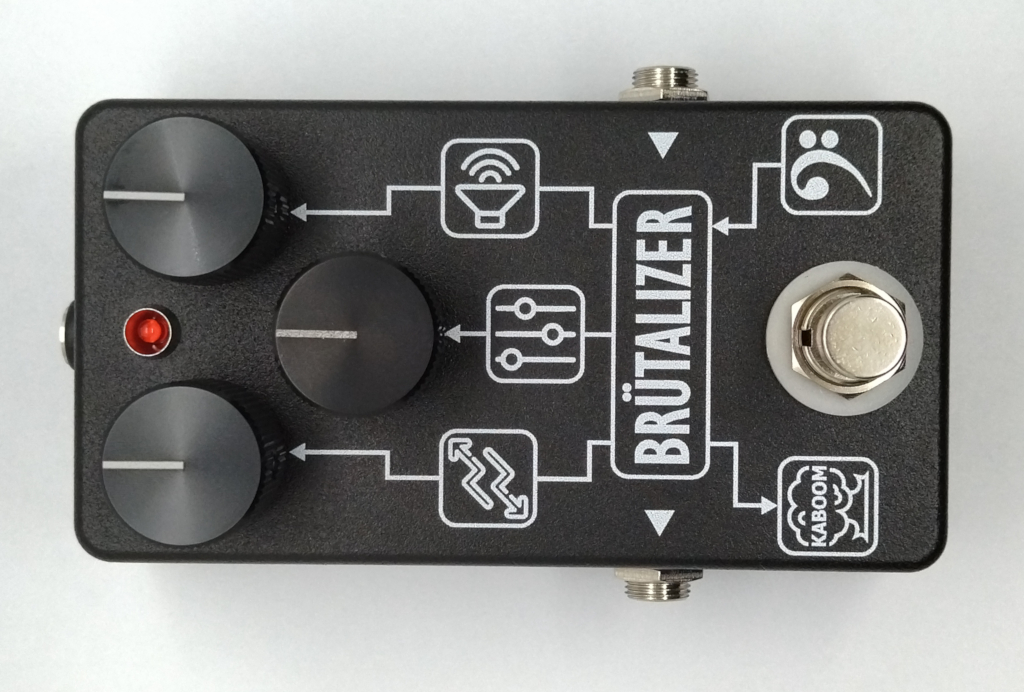 One of my bassist friends suggested to try out God City Instruments’ Bass Brutalist pedal. Kurt Ballou’s name is not unfamiliar in pedal builder circles, but most of you will know him as the guitarist of the band Converge. This pedal is his own design, for which he also sells the DIY PCB on his website. The design itself is “open source”, free to use, I have downloaded the documentation too from his site and created my own single sided PCB design based on that. The PCB sold there is reasonably priced, so you might find to use a fabricated double sided PCB easier to work with, but if you don’t live in the US, then shipping and possible taxes might make it too expensive, in which case you can etch your own based on my PCB layout.

The effect uses interesting technical solutions, and the sound is a nice thick, heavy overdrive, almost distortion-like. On bass I liked my own Operation Fuzz design more, but on guitar I found the sound pretty nice. I have to add though that we downtune our instruments, this might have been the issue too. The EQ is very interesting: the range is absolutely useable, but in the middle of the range there is a noticeable volume drop. Not a big issue, the effect has more than enough volume on tap, normally I never had to turn it over 10-11 o’clock. I would suggest to try it on both guitar and bass.

In the documentation found on GCI there is detailed description on how the effect works, there are suggestions too for mods even for the unusual EQ section taken from the DOD FX10 effect. My only additional suggestion for mods is that I would rather use a linear pot for Distortion. The original’s logarithmic pot yields minimum change in the distortion level in the first 65-70% of the turn, and then suddenly in the last 1/3 of the turn you get all distortion bunched up. With a linear pot the distribution is not totally even either, in the last 15-20% you don’t get much change, but until then the distortion grows much more evenly. The Tone pot works “backwards” similar to the Rat: when you turn it anti-clockwise you get more highs. If you don’t like this you can simply swap the lugs 1 and 3 on the layout.

You can find the documentation as usual under the Projects menu.