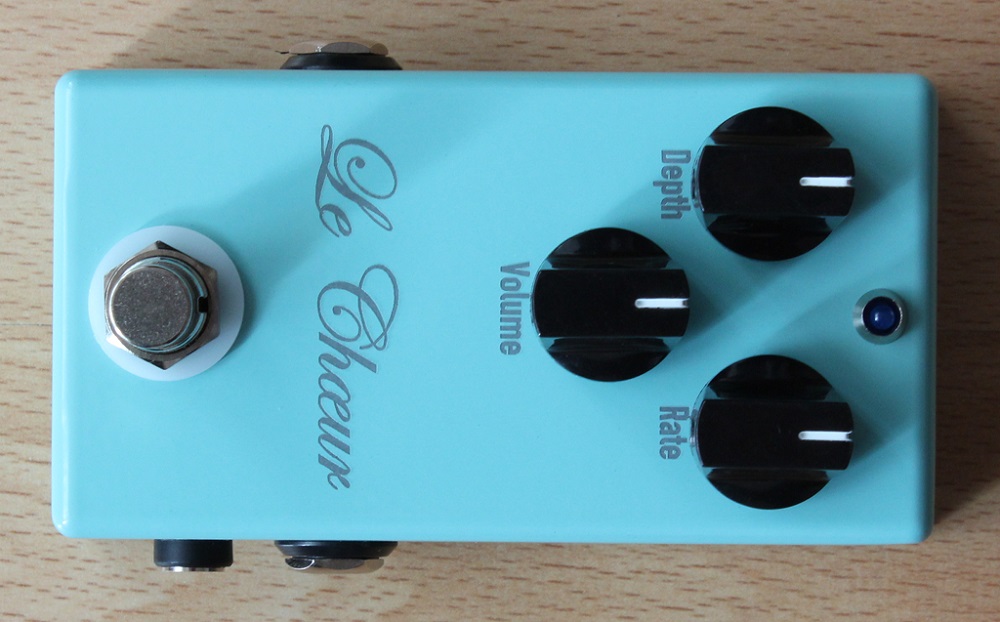 So far we had mainly distortion devices. This won’t change in the future either, but from time to time we will have some other effects as well. A widely used guitar effect is the chorus. Today we will have a prominent representative of this effect type: the Electro-Harmonix Small Clone. The pedal is in production since the mid ’70s, but Kurt Cobain made it really famous at the beginning of the ’90s. One of the most known songs where the character can’t be missed is Come As You Are by Nirvana. The “underwater” sounds of the pedal can be used in psychedelic music, but with less strong settings it can make any guitar sounds richer no matter if clean or distorted. I could list the different adjectives like “lush”, “rich”, “warm sounding”, “organic”, but the best way is to try one out. Believe me it is worth. 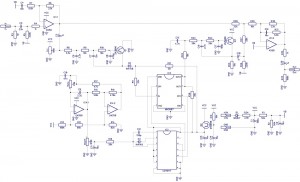 The basic idea of the chorus pedals is to divide the signal, apply some short delay (usually abpout 20-50ms) and then mix it back to the original clean sound. The delay time is also modulated by an LFO (Low Frequency Oscillator) and this gives the distinct sound of the chorus. The LFO oscillates on the frequency of the human vibrato sounds (up to about 10Hz) and therefore if we omit the clean sound we get a vibrato-like sound.

In the case of the Small Clone the delay is done by an analog BBD (Bucket Brigade Device) chip. This chip is mainly responsible for the lush and rich sound, but unfortunately this is also the most expensive part as such chips are only produced by a few companies.

There are many mods for the Small clone, here are my favourites:

1) Depth knob mod. In the original pedal the depth of the effect was controlled by a switch, so you could only choose between two predefined values. With this mod the depth can be controlled in a wide range without steps. In the schematic I have shown this version, because I think this is the most basic and most important mod for this effect.

2) Vibrato mod. As I already wrote with removing the clean sound path we get a vibrato-like sound. This is the second most popular mod and can be easily achieved by removing the R28 (22k) resistor. With a switch this can be made switchable which will increase the versatility of our pedal.

3) The original had a slight volume drop when engaged. By decreasing the R29 (10k) resistor this can be cured. With 2.2k a very slight boost can be achieved, or one can substitute the resistor with a 10k pot wired as a variable resistor and have a Level control this way.