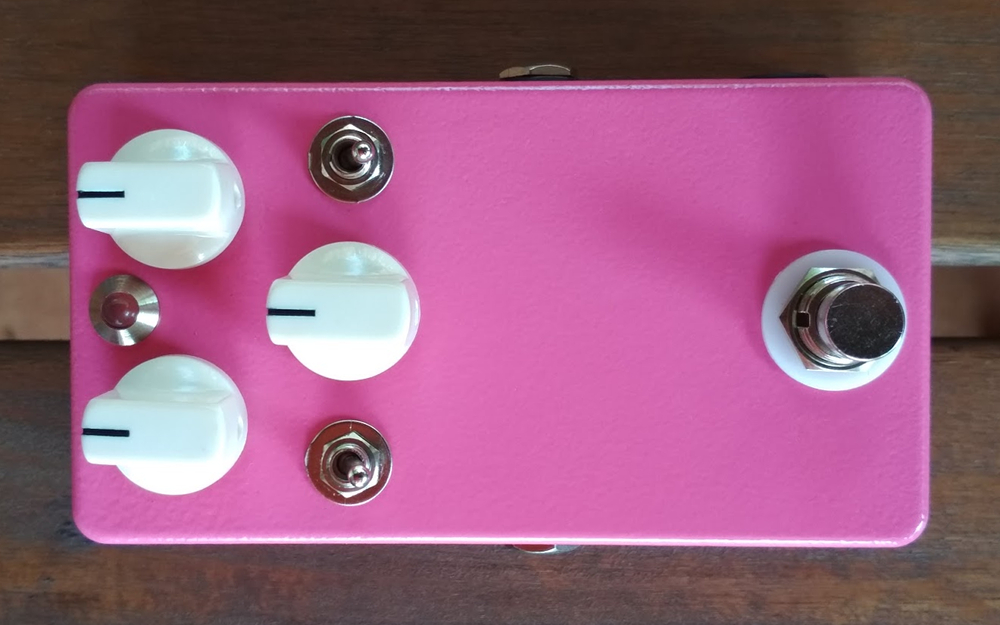 And again Brian Wampler… We already had several of his designs in this blog (30+ and Le Metal), but it is never enough :) So, here it is, another distortion device from his lineup, the Paisley Drive. We could in essence say that this is Wampler’s approach of the Tube Screamer. We could, but we would not be right. The basic atchitecture is very similar, but the Paisley Drive is much more versatile both soundwise and controlwise. One can find practically anything starting from very low gain up to almost fuzz territory. The Tone pot covers a wide range and the two switches for Mids and Presence make the available range of sounds even wider. The fuzzy character remians prominent through the whole range, it can be tamed with switchong the Presence switch off. With emphasizing the mids we get a nasal sound that can cut through the mix easily. As I said: the sound reminds a bit that of the Tube Screamer, but way angrier and the frequency response is much wider. Definitely worth to try.

As already stated above the Paisley Drive is more or less Wampler’s approach of the Tube Screamer. The analysis of the Tube Screamer is available on many sites (e.g. on the ElectroSmash website), so here we onyl focus on the differences.
– To lower the noise the input buffer and the clipping section got a separate reference voltage from the tone stack and the output buffer.
– The input and output buffers are made of JFETs. These jave much higher input impedance that the bipolar transistors.
– The gain of the clipping stage is about twice as much as in the TS, this gives more distortion and compression.
– The frequency response of the clipping stage is also different: in the TS frequencies below 720Hz get geradually less amplified and thus less distorted. In the Paisley Drive this cut-off point is at 329Hz, making therefore the Paisley Drive much more even across the frequency range.
– In the TS there is a fixed lowpass filter between the clipping section and the tone stack. In the Paisley Drive this filter can be changed with the Presence and Mids switches.

So all in all the Paisley Drive is very similar to the TS in architecture, but the different filters and gain make it sound very different from the famous Ibanez pedal.