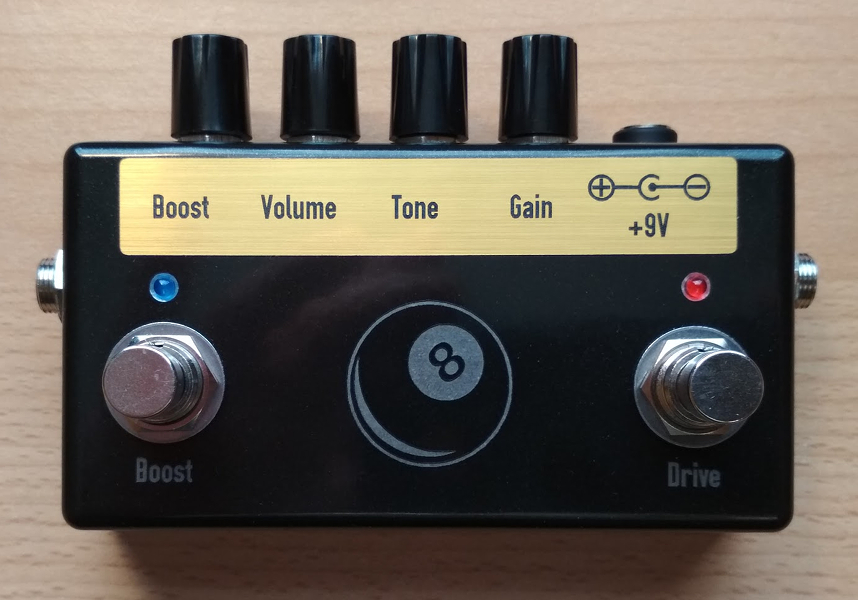 I’ve had a lot of overdrives over the years, they kept coming and going. Some of them I used for a longer time and some only survived a few rehearsals on my board. The current favourite is the Keeler Push – with some modifications. In its original state it gives a marshall-like sound, but is a bit mushy and muddy for my taste. Turning the Tone pot all the way up the sound starts to get the sonic qualities I’m looking for in an OD. Gain is just about enough, but I could use a bit more sometimes. And finally: though the highs are not present it does not mean the pedal is bassy. On the contrary, the basses lack definition. Now of course it sounds like it would be an awful effect, but this is not true. Even the original state has its qualities, if it wouldn’t I would not have started digging into it deeper for mods. And the bonus: it responds to boosters very well, being therefore a very good candidate for my favourite double-gain designs. In short it is definitely worth to try one out and is a very good base for further modding and experimenting. 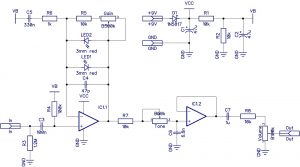 It is not rocket science: one gain stage followed by a variable low pass filter as the tone section and closed by a buffer. I did not experiment here with the clipping diodes, because the two LEDs give just about the sound I like. Maybe at some point I will try an asymmetrical arrangement. I made the following mods:

C5: I replaced the 330nF cap with a 680nF one, so the effect keeps more bass in the feedback loop

Gain: I used a A1M pot instead of the B500k. Mainly because I didn’t have the original value, but this gave me that little extra gain I was wishing. Even if you want to stuck with the 500k value I would recommend a logarithmic pot for a better and more even feel of the entire range.

C6: I have replaced the 6.8nF cap to a 3.3nF one. This way the low pass filter consisting of R7, the Tone pot and C6 has a higher cut-off frequency and the entire range of the Tone pot is useable.