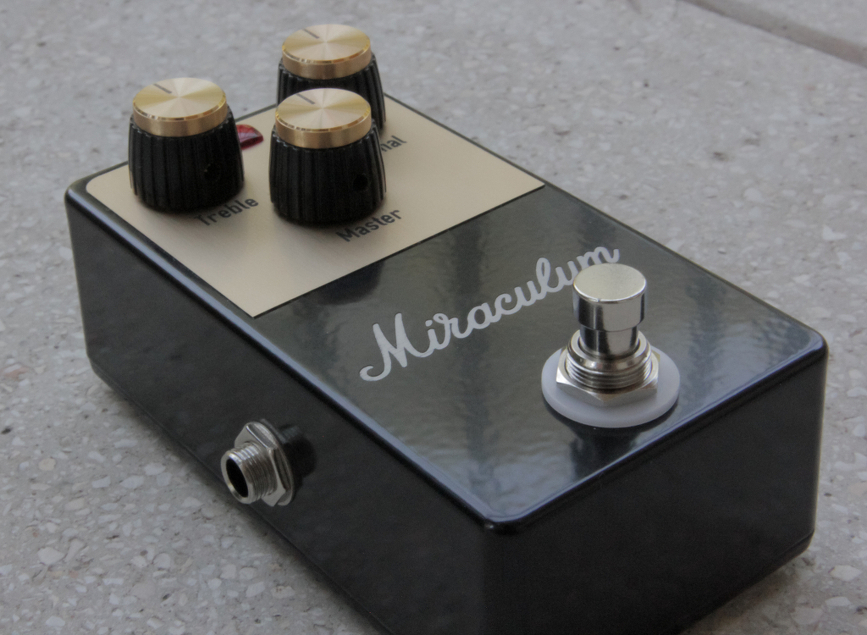 When talking about overdrive/distortion pedals the sounds of tube amps were always considered as standard. Many have tried to emulate these sounds – some with better results, some with worse. I personally think that the sound of a tube amp can’t be substituted by a pedal, but some designs can get surprisingly close. Used in combination with a good amp very good sounds can be achieved with these pedals. And though I don’t belive in the 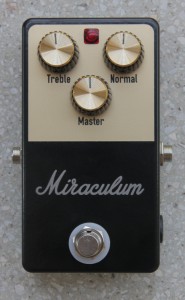 miracle of these simulation pedals still I compare their sound qualities to the originals as well. At the end one needs something to compare to… We could measure the signals, do Fourier analysis, get the frequency responses, but that would not bring the average guitar player closer to what to expect soundwise. And even if you don’t get the same results with a pedal as the sound of the “real deal” still you have more options cheaper by using several pedals than using several amps for your different tones.

This entry is about such a pedal too: the RambleFX Marvel Drive. In my opinion the engineers at RambleFX have created something quite unique and good with tis one. On the pedal you don’t have “ye good ole” Volume/Gain/Tone pot combination, but a Master volume and the pots for the levels of a Treble and a Normal channel. The two channels produce different sounds and by setting the proportions we can achieve the desired tonality. I guess that already by the outlook of the pedal it is quite clear to everyone that the pedal tries to emulate some Marshallesque sounds. To be more precise the engineers aimed for the sounds of the early Plexi amps. The idea behind the two channels originates to the trick that many guitarists used with these old 4-input amps: one channel’s input was fed to the other’s too, and so the player could use both channels at the same time and set the desired sound by the proportions of the two channels. The pedal emulates the sound quite good: by turning down the channels’ levels we get a raunchier blues sound and then turning the levels up we get to the rock sounds and finally to some vintage metal territory as well. Turning both channels all the way up we got some fuzz tones in the background too. Maybe a cliché, but the AC/DC and Hendrix sounds are really in this pedal. 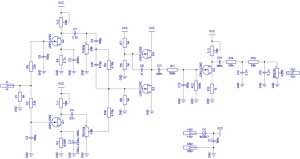 Looking under the hood we can see that the engineers have used FET based solutions. Partly the 1:1 FET substitution for tubes was used as described at RunoffGroove (“Fetzer Valve” and “A closer look at the Fetzer Valve“) and partly the mu-amp solution that was used by Jack Orman in his Mini-Booster too. Looking at the schematic one can clearly see that the first two stages are paralel and represent the two channels by using the simple FET tube-simulation. These drive the second mu-amp stage which drives the third stage that is again a simple FET tube-simulation. Finally after some filtering the signal goes to the Master volume pot. It is worth to mention that the first two paralel stages have fixed gain and only the amount of signal let through to the rest of the circuit is controlled by the two pots used as dividers. The clipping itself is actually happening in the second and third stages.

For those who want some Marshallesqe sounds (and of course can’t or doesn’t want to get the real amp) this pedal is surely an interesting piece. The build docu is available under the Projects page.